So called because of the 18th century frescoes on the ceiling depicting a series of pairs of lions, brought to light during the refurbishment.

The bed is made of wrought iron designed to resemble the models of the able 18th century blacksmiths of Pienza (an enchanting medieval town to the south of Siena). The bedroom is endowed with a splendid (non-functioning) fireplace which was discovered and restored during the refurbishment.

From
$0 per night
Book Now

Could also be interest for you 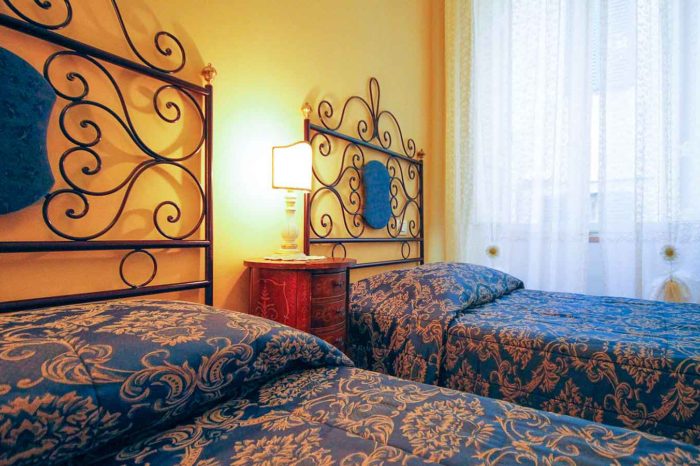 It owes its name to the bouquet of roses and cornflowers represented in the middle of the ceiling frescoed with late 19th century decorations brought to light...
From
$0 per night
View Detail 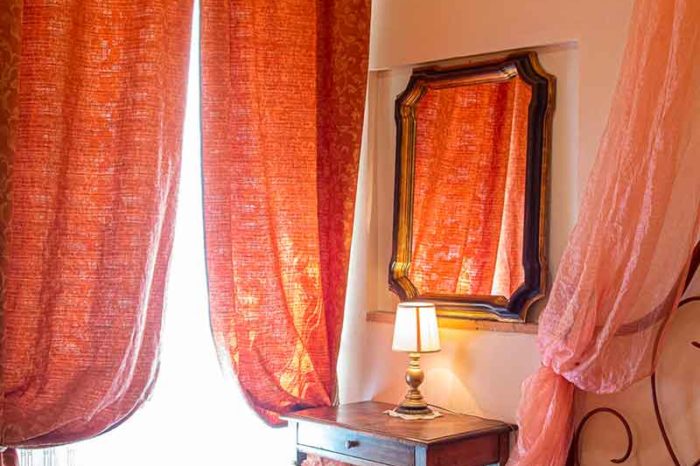 The tones of red and the wooden beams give this room the most “intimate” atmosphere.   This is the most …. “Tuscan” of the rooms and...
From
$0 per night
View Detail 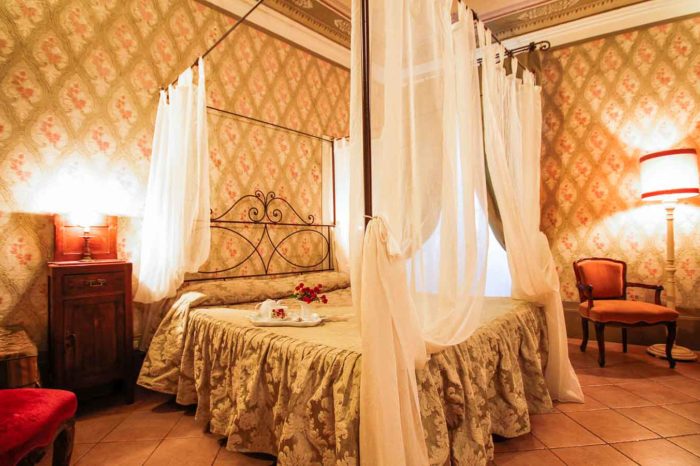 Totally frescoed with patterns of the “Art Nouveau” period and furnished in the same style   The magical atmosphere of this room is enhanced...
From
$0 per night
View Detail